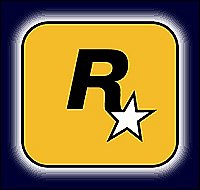 Develop Magazine has this morning unveiled its inaugural 'Develop 100' ? a unique analysis of UK chart data which, for the first time, ranks individual studios on their success at retail.

The lavish Develop 100 supplement features in-depth analysis and profiles of all 100 studios and is available free to subscribers of MCV this morning (6th May 2005), or with copies of Develop published next week.

The full chart is published this morning in the Develop 100 supplement.

"It's been an interesting exercise, and surprising not just because of the positions attained by some of the largest developers behind the largest games, but also how much each team contributed to the UK games industry," says Owain Bennallack, editor, Develop Magazine. "It's time, at last, for the developers themselves to get recognition, and we're confident the Develop 100 will become a much anticipated and much discussed industry publication."

Develop 100 ranks developers according to the revenues their products generated through UK retail. The figures are based on ChartTrack data (© ELSPA). Retailers contributing to ChartTrack's data represent 80-85 per cent of all UK retail sales (its stated footprint changed during the period under analysis) and have not been weighted up.

Develop Magazine is Europe's only monthly developer magazine, regularly reaching over 8,000 members of the development community. MCV is the world's leading weekly trade publication focussing on the computer and video games industry. Both are published by Intent Media.

Develop 100 is based on data analysis provided by Kerri Davies (kerri@jellymedia.com).