SEGA Announces Phantasy Star Universe; The Next Installment in the Classic RPG Series 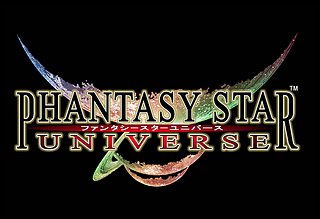 Developed by SEGA Studios under the guidance of Yuji Naka, the creator of Sonic the Hedgehog and Phantasy Star Online, Phantasy Star Universe offers long-time fans the single-player experience they have been clamoring for. The solo adventure features more than 40 hours of gameplay, an emotionally engaging story, traditional cut scenes, and strong character development. The title's hero is Ethan Waber, a 17-year old cadet intent on saving his sister, who is living on a planet under siege by mysterious life forces called THE SEED.

In Online Mode, players are given the opportunity to create their own characters from a range of races, and they get to explore all three planets in the Grarl solar system. Fans can travel with a squad of other adventurers, enter urban sprawls teeming with hundreds of other players, and build their avatars into powerful warriors.

"From its roots way back in the late eighties, Phantasy Star has become synonymous with quality RPG adventure." comments Matt Woodley, European Marketing Director for SEGA Europe, "Now developed as both a single-player and an online multi-player game, Phantasy Star Universe delivers RPG fans their greatest adventure yet"

The first Phantasy Star game to appear on a PlayStation platform, Phantasy Star Universe will offer a rich, constantly evolving world that will provide years of entertainment to fans of the series and RPG enthusiasts. The game is slated to ship in Spring 2006.