High profile wrestling game to be demonstrated during WWE tours. 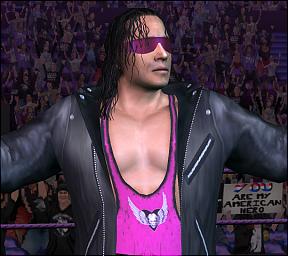 All Images (5) »
THQ announced today that it will be showcasing the highly anticipated title, WWE SmackDown! vs RAW on Playstation 2, to UK WWE fans exclusively at the WWE SmackDown! Down & Dirty and WWE RAW Live & Loaded tours this October.

"This is a fantastic opportunity for WWE fans to play this highly anticipated title over one month before it will be available to buy," said Jon Rooke, THQ UK Product Marketing Manager. "The tour allows us to sample WWE SmackDown! vs. RAW to a sell-out crowd of over 100,000 WWE fans and kick-start the marketing campaign for this year's release."

"We are extremely excited to have the latest SmackDown! title on show at the WWE tours this October and I am confident it will be a massive hit with the fans," said Alex Romer, Director Of International Licensing at WWE.
Companies: THQ