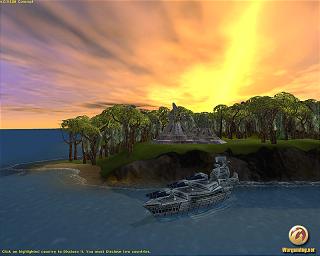 All Images (5) »
Wargaming.net announced today that it is developing Massive Assault: Phantom Renaissance - the stand-alone expansion set for its highly acclaimed turn-based strategy game Massive Assault. The development has been going for the last six months.

Massive Assault: Phantom Renaissance features a renewed global conflict, starting five years after the First War for the New Worlds ended in Free Nations Union?s victory. The remnants of the defeated Phantom League go underground, preserving a couple of undisclosed Secret Allies with hidden research facilities. New types of unprecedently powerful weapons have been developed. They commence their surprise attack during the celebration of the Anniversary of the Great Victory, destroying more than half of the F.N.U. forces on the parades - then they easily overtake all major cities driving the remaining F.N.U. detachments to mountains and islands and to some yet unpopulated planets.

Massive Assault: Phantom Renaissance will include all-new ?Assault? mode, where a player will be given limited resources to recruit and deploy a task force and capture a network of well-guarded enemy strongholds, taking key positions within established turn limit. This mode will add one more exciting strategic level to Massive Assault?s gameplay - huge face-to-face battles similar to those of ancient and medieval times.

?Massive Assault was acknowledged by the industry as a sharp innovative strategy game, in many respects rejuvenating turn-based genre with its original Secret Allies concept, dynamic gameplay, great balance and its true easy-to-learn-hard-to-master formula,? said Nick Katselapov, VP, Marketing & Public Relations. ?However some shortcomings were pointed out by the press and the players such as non-adjustable difficulty levels and identical unit sets, plus requests for new unit types and planets and wider range of tunable gameplay options - we have taken care of all that and added tons of new features and content.?

Other additions and improvements will include: