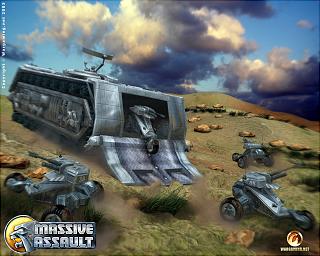 Wargaming.net releases the second additional map (planet) for its turn-based strategy game Massive Assault. It can be downloaded at: http://www.massiveassault.com/download/ma_map_brimstone.exe

This planet called Brimstone can be used both for World Wars against the A.I. and for the online games. The size of this map is between the most popular Antarcticus and cozy Emerald. It's smaller than Antarcticus, which will allow faster battles, and unlike Emerald naval units are allowed on Brimstone. Due to its layout and a couple of nice bays and peninsulas this map will encourage highly dynamic wars with elements of naval warfare and transporting.