Learn the magic of Trickshots with John Virgo in World Championship Snooker 2003 for PlayStation 2, Xbox and PC

But will he be wearing a fancy waistcoat? 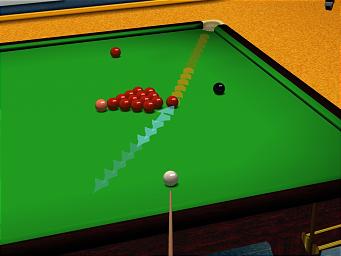 All Images (2) »
Codemasters has signed snooker celebrity John Virgo to host and star in a special Trickshots game mode as part of the forthcoming World Championship Snooker 2003 for PlayStation 2, Xbox and PC.

World Championship Snooker 2003's Trickshots game offers over 20 challenges, each calling for different combinations of cue skills, including making the cueball jump on the table. Perfect one trickshot and Virgo will take you on to another - though fail to get the hang of it and he'll escort you to the door.

With Trickshots called Back to Black, Mighty Red, Caterpillar, Leap of Faith and the tough-sounding Impossiball, Virgo's in-game coaching is so good players could even use their new-found skills to show off on a real snooker table.