And the nominees are...

The list of official nominations for this year’s Golden Joystick Awards is announced. 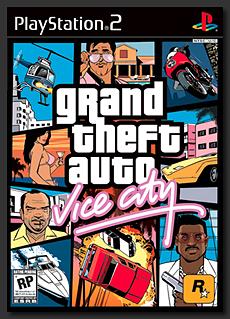 Amongst the front-runners at this stage are EA Games’ Medal of Honor franchise, which has been nominated in five categories (including Game of the Year and Online Game of the Year), Take Two’s Grand Theft Auto III (three nominations) and Blizzard’s WarCraft III: Reign of Chaos (also three nominations). In total, more than 60 computer and video games, products and services have been nominated across 14 separate categories.

“Whatever the eventual result, everyone involved in all of the companies and products short-listed today should be proud of their achievement and should remember that their nomination has come direct from the most important source – their customers,” says Tara Leathers, Games Division Publisher for Dennis Publishing. “We will be actively encouraging all of the nominees to encourage their customers to register their votes between now and the final closing date and will supply any materials we can that will help with this process.”

In addition to the platform-specific ‘Game of the Year’ awards, there are a number of other accolades up for grabs, covering all sections of the UK trade, including hardware, publishing, development and retail.

Retailer of the Year will see a battle between the traditional high street shop and the emerging online retail sector, with GAME, Virgin Megastores, Gamestation and HMV representing the former and Amazon, Gameplay, Play and Jungle representing the ‘dotcoms’.

In the Hardware of the Year category, the two video games consoles released in the last 12 months (Microsoft’s Xbox and the Nintendo GameCube) are joined by a range of PC hardware innovations (NVIDIA’s GeForce 4600, Intel’s Pentium 4 and AMD’s XP processor) and, in what must be a first for any awards ceremony, Nintendo’s GameCube Game Boy Advance cable.

Some pointers towards this year’s seasonal best-sellers might be found in the ‘Most Wanted Game for Christmas’ category, where some of the biggest franchises in gaming are set to face off. The nominees for this award include Grand Theft Auto: Vice City, Lord Of The Rings: The Fellowship Of The Ring, Metal Gear Solid II: Substance, Splinter Cell, Super Mario Sunshine, Unreal Tournament 2003 and WWE SmackDown! Shut Your Mouth.

Perhaps the most hotly-contested category of all will be the Game of the Year award, which sees nominations from all of the major hardware platforms. Included in this category are Final Fantasy X, Grand Theft Auto III, Halo, Medal Of Honor: Allied Assault, Metal Gear Solid II: Sons Of Liberty, Neverwinter Nights, Shenmue II, Super Monkey Ball, Super Smash Bros. Melee and WarCraft III: Reign Of Chaos.

While voting was completely open up until this point, only votes cast for nominated products will be counted from today forward. Voting continues at the Golden Joystick Awards website (www.goldenjoystick.co.uk) until the final closing date of Friday October 18th. The winners will be announced at the Golden Joystick Awards ceremony, which will be hosted by Jonathan Ross and will take place at London’s Dorchester Hotel on Friday October 25th.

PS2 Game of the Year


Xbox Game of the Year


Gamecube Game of the Year


Handheld Game of the Year


Online Game of the Year


Hardware of the Year


British Developer of the Year


Publisher of the Year


Retailer of the Year


Game Innovation of the Year


Most Wanted Game for Christmas


Game of the Year