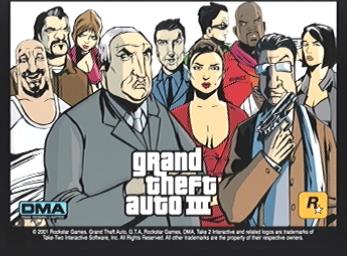 GTA3
All Images (6) »
The winners of the most prestigious awards in the European interactive entertainment industry were announced in London today at ECTS - Europe's premier trade show for interactive entertainment. The awards were presented in a ceremony hosted by Whizzbang TV's Gareth Jones and attended by over 1000 leading industry figures in the trade hall of ECTS itself.

The full line-up of winners is:

The following awards were voted for by more than 750 visitors to the ECTS web site:

The Game of the Show Awards were voted for by a panel of elite European journalists and presented at ECTS to the following lucky winners:

The winners of the European Game of the Year Awards, as voted for by the readers of seven key European gaming publications, web sites and TV programmes are: