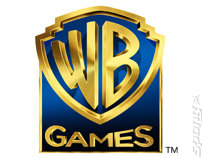 These new characters mark the second wave of additions to the WWE Immortals? roster since the game?s launch in January 2015, following the recent introduction of Superstar Randy Orton in February. WWE Immortals? will continue to add new playable characters to its existing roster with an unveiling of additional WWE Superstars every month.

Both of the new characters for March 2015 will be available in two variations, including:

The new Events System provides even more opportunities for players to interact within the game and with each other. It will kick off with a weeklong series of in-game events surrounding WrestleMania 31. Starting today, 26th March through 2nd April, the Event will take over the WWE Immortals? main screen and Online Battle screens. Players who place in the top of the Leaderboard during the Event Week will have an opportunity to win an exclusive WrestleMania 31 Four-Star Gear, or an exclusive WrestleMania 31 Two-Star "Ticket" Gear, both of which will only be offered this week. The Special Daily Quests throughout the week will all reflect WrestleMania 31 matches and themes.

The March updates for WWE Immortals? are available today on iPhone, iPad and iPod Touch, and are coming soon to Android devices.
Companies: Warner Brothers