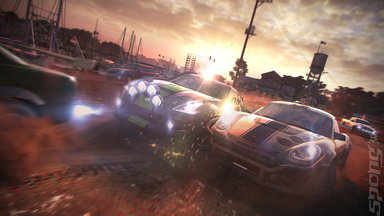 NEW PvP MODE
Take the lead and stay ahead in the new Eliminator PvP mode. Available for 10 new PvP races and playable with two to eight players per race, players will start with several lives, and every time the timer expires, the player in last place will lose a life, continuing until only one car is left.

NEW FACTION MISSIONS
Four new faction missions, themed for speed racers, are now available to all players, free of charge, in the Speed Live Update. Outrun the clock through the harsh, unforgiving terrain of the Badlands in Dave Z, find yourself in a top secret race in the middle of the desert in The Branchu Loop, enjoy drag racing against a mystery opponent in The Point of No Return, and test your skills in a tight technical course with no grip in On Thin Ice.

In addition to the Eliminator PVP mode and the faction missions, the Speed Live Update also comes with new tuning specs to enrich your car collection for six of your favourite cars. Stand out with new matte body colors, or amplify your car?s swag with urban stickers.

The 2014 Game Critics Awards Best Racing Game of E3, The Crew takes gamers on a wild ride throughout a massive open world recreation of the United States filled with exciting challenges and populated by other real players.

For more information on The Crew, please visit thecrewgame.com.

For the latest news on Ubisoft collectible merchandise, please visit and like the page www.facebook.com/ubicollectibles.