Rocksmith? On Tour This Summer in Europe!

Ubisoft announced that a ?Rocksmith Tour? will take place this Summer in Europe 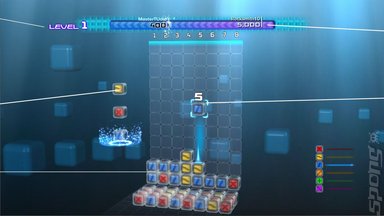 All Images (8) »
London, UK ? May 24, 2012 ? Today, Ubisoft announced that a ?Rocksmith Tour? will take place this Summer in Europe. After the United-States leg, the new rock phenomenon continues its road trip on the other side of the Atlantic.

The double-decker Rocksmith Tour bus will be touring European Rock festivals allowing attendees to play the game, participate in multiplayer competitions to win real guitars plus other cool activities. Rocksmith, an innovative, efficient and fun way to learn how to play the guitar, will be released in the UK on October 12th for the Xbox 360®, PlayStation®3 and later on Windows PC.

The tour will give the opportunity to fans to dive into the Rocksmith universe by testing the game exclusively before its European release. Plus, music enthusiasts can get the chance to win a pass by joining the Rocksmith Facebook page to take part of the contest. (www.rocksmith.com/facebook)

The Rocksmith Tour bus will visit the following festivals:


Rocksmith will also be present in other festivals across Europe:

About Ubisoft
Ubisoft is a leading producer, publisher and distributor of interactive entertainment products worldwide and has grown considerably through a strong and diversified lineup of products and partnerships. Ubisoft has offices in 26 countries and has sales in more than 55 countries around the globe. It is committed to delivering high-quality, cutting-edge video game titles to consumers. For the 2010?11 fiscal year Ubisoft generated sales of 1.039 billion euros. To learn more, please visit ubisoftgroup.com