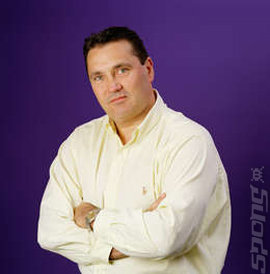 David Yarnton
David Yarnton, UK General Manager, Nintendo, said: ?The Government has made the right decision. The PEGI age rating system is right for the protection of children as it is designed specifically for games and interactive content.

?As a global company we welcome the decision as mature and intelligent as it works across some 30 international territories.?

Rob Cooper, Managing Director, Ubisoft UK, said: ?The adoption of PEGI as the rating system for games is a good decision. The PEGI system is future-proof, delivering effective child protection now and in the future. PEGI Online is a key component of the system, ensuring that the government does not have to re-assess the entire system once again in 12 months time.?

Mike Hayes, President and CEO, Sega Europe, said: ?This is an important decision for the UK public. PEGI is the only system that has the power to prevent games publishers distributing unsuitable content to children.?

Keith Ramsdale, Vice President and General Manager, EA UK, Ireland and Nordics, said: ??We welcome the government's decision. PEGI is the right choice to protect children from inappropriate gaming content, and best suited to continue to do so in the future as interactive entertainment moves increasingly online.
?We applaud this collaboration between government and industry to find the best solution for consumers and for the UK marketplace.?

Andy Payne, Managing Director, Mastertronic Group Ltd and Chairman, ELSPA, said: ?This is the right decision for the UK consumer. The PEGI system is specifically built for interactive content both on and offline and is recognised throughout Europe. In a connected digital world, implementing age rating standards that are understood across traditional frontiers will protect children from unsuitable content and help to educate parents at the same time.?

Neil Thompson, Senior Regional Director UK & Ireland Entertainment & Devices Division, Microsoft, said ?This is the right decision, the most important issue to be considered is that of child safety. A single PEGI system is by far the best means of promoting child safety; given the fact that PEGI is used for offline and online games in 29 countries across Europe. In a globalised market where children can play video games online across borders, this decision will provide clarity and consistency in deciding what games are appropriate for children and in enforcing those decisions ? now and in the future?.