Inside the prison cells 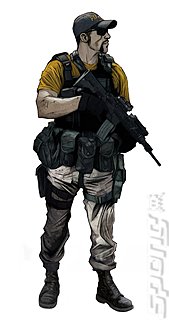 The crumbling tomb-like Newhaven Federal Penitentiary lies in a remote region of one of the less glamorous Rustbelt states. Built in the 1920?s, during the Prohibition era, it soon became home to more than two thousand of the country?s most notorious criminals and gangsters. The prison?s monolithic architecture, brutal wardens and reputation for being almost escape-proof soon earned it the nickname of ?The Citadel?.

The riot and the gun battle didn?t destroy the Citadel, but their aftermath did. A Congressional investigation into the disaster ordered the place closed down. The town of Newhaven, whose economy was based almost entirely around the prison, died with it. Hardly anyone noticed when a large corporation ? a corporation owned by a member of The Club ? bought the place cheaply from the federal government. Fewer still cared that the corporation?s stated plans to demolish most of the place and redevelop it into a research facility devoted to alternative eco-friendly energy sources don?t yet seem to have been acted on.

The Club own the Citadel now and soon the prison will once more ring with the sounds of the screams an gunfire as men hunt each other through its corridors and cellblocks.
Companies: SEGA
Games: The Club