Empire-Building Simulation to be released by end of October. 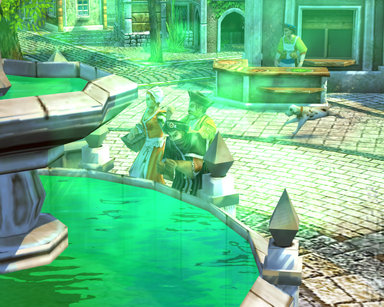 Thursday 24th August, Basingstoke UK/? Leading Empire-building experts Sunflowers today announced the release date for ANNO 1701. With more than 4.4 million copies sold worldwide, the ANNO series is one of the most successful games franchises of all time. The third in the critically acclaimed series, ANNO 1701, will be launched for PC at the end of October 2006, exclusively distributed throughout the UK by Koch Media under it?s premium Deep Silver label.

With a thriving community still playing both previous titles in the best-selling series, and still readily available at retail, the ANNO series has remained at the forefront of strategic evolution. This next instalment boasts extensive community input, forged from player-research on a scale never before seen in an empire building simulation. In multiplayer mode, up to four players can colonise the island world simultaneously. Every aspect of the game has been analysed and improved by those who play it the most, making it more involving and more accessible than ever before.

A new, intuitive interface allows players to manipulate the environment and their units with ease. A dynamic, detailed graphical engine removes the need for much of the statistical representation common to building games and provides players with instant feedback on the effects of their choices; and it?s in this regard that the ANNO series really excels. With more units and buildings than any of its predecessors, ANNO 1701 offers players an unrivalled opportunity to build their civilisation in the manner they see fit.

For all its innovations, however, ANNO 1701 remains faithful to its roots, following the same gameplay principles and creating the same unique and engaging ANNO experience that made its predecessors so successful.