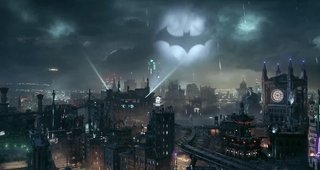 Batman Arkham Knight has been... it's been delayed. There's no other way to break it to you. It's not going to be out in 2014 that's for sure.

The Brand Marketing Producer at Rocksteady Studios (marketing man to you and us) Dax Ginn was the man to spin the beans, sorry, spill the beans stating, "Batman: Arkham Knight is totally awesome. The thing about awesome, though, is awesome takes time. And totally awesome takes a lot of time."

He went on, “So in collaboration with our colleagues at Warner Bros Interactive Entertainment and DC Comics, we have decided to extend the development time of Batman: Arkham Knight. Now, the very simple reason for doing this is to ensure we are delivering the awesome level of quality that Batman fans and gamers expect from this, the final episode and the epic conclusion to the Rocksteady Arkham trilogy.” But there's a new video below... and some older ones: