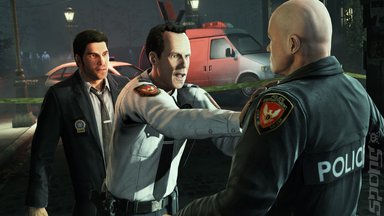 Murdered: Soul Suspect (geddit?) is a murdery, killy game from those adorable folks over at Square Enix. It features Ronan O'Connor, a Salem detective murdered by a serial killer... so he's actually a ghost.

The game is set in Salem (like all good American horror/ghost things should be) where a serial killer is doing their job. Square has also invented the word, "purgatorial" to state that our hero ghost cop, "Caught in a purgatorial world called Dusk, must combine his investigative skills with powerful supernatural abilities to uncover the shocking link between his own death and a series of killings terrifying the town of Salem." Enjoy the vid.