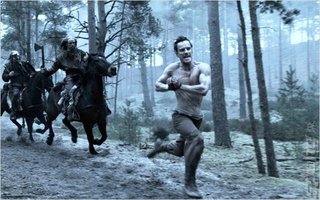 Apparently he's teaming up with director Justin Kurzel with whom Fassbender has just been making a film version of another old and respected IP: Bill Shakespeare's Macbeth.

Deadline reports that, "Kurzel isn?t a household name in the action arena just yet, but he and Fassbender just came off Macbeth. They wrapped that Weinstein Company film, with Fassbender in the title role, and the actor must have really liked what he saw. No deal yet, but they are eager to get this film started, so it?ll come soon. Regency and Ubisoft are also moving quickly on Splinter Cell, which Doug Liman will direct with Tom Hardy starring. Kurzel is repped by CAA and 3 Arts.:

Fassbender in a game movie is incredibly exciting news given that the lad can act.