Child of Light: Have a Poke Around Lemuria - Video 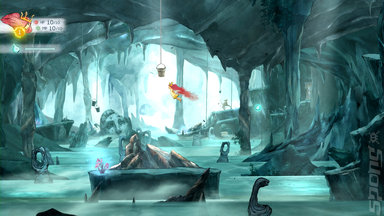 Ubisoft has released (yet) another video showing off Child of Light. We've got it. You already noticed that.

This one shows off the game's world, Lemuria. And, hey, it's still gorgeous! That's basically what Child of Light videos seem to add up to - two minutes of slack-jawed 'oooooooh...' followed by a few moments wiping drool off your chin.

Child of Light is out for Xbox One, Xbox 360, Wii U, PC, PS3 and PS4 via your favourite download service. There will also be a deluxe boxed version for the PS3 and PS4.