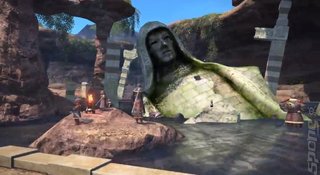 Final Fantasy XIV: A Realm Reborn is Square's push to bring the rich property that should have been FF as an MMO back to life. There's a new trailer. We have it.

Square says this, "Final Fantasy XIV is a continuation of the MMO direction that Square Enix's classic role-playing series first took in 2004's Final Fantasy XI. In this new adventure, the land of Hydaelyn in under threat. All wandering travellers converge in Eorzea, a realm that allows all races and creeds to co-habit within its many states. But it is a land full of war and strife, and rogue adventurers the world over still travel to the continent, intent on discovering new opportunities...." Now compare it to the video: