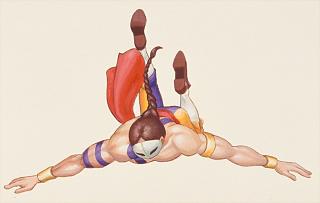 Vega
A group of lovely souls called Manfactory has released a rock opera based on the classic Street Fighter 2 beat-'em-up.

According to Nintendolife, "It tells the story of both Ken and Chun Li, separate tales but intertwined with all twelve of the game's playable characters. Chun Li is out to avenge her father's death at the hands of M.Bison, while Ken is having some girl problems with that ladies man Ryu. Fans of The Protomen will know what they're in for here, and it's great to see some other classic titles get lovingly retold in such a glorious, rocking and operatic fashion."

Here's a tracklisting to give you an idea of what to expect:

And here's another Man Factory track to get you started: