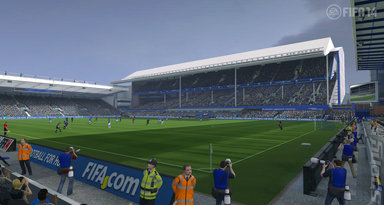 Next Gen Graphics are sweeeeet yo
EA has released a brand new gameplay trailer for the next-gen version of FIFA 14 - it'll be available with the launch of both new consoles - 22nd November for Xbone and 29th November for PS4.

According to EA, the next-gen version of the title brings the game to life with players who think with human-like reactions and anticipation, moving with the agility of world class athletes.

The trailer features blokes playing football and Chase & Status - check it out below: