Warcraft Movie Gets a Release Date 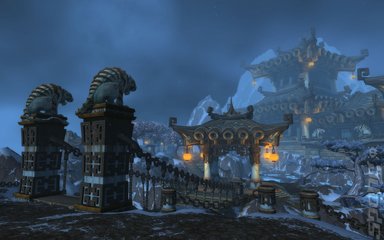 All Images (2) »
Blizzard has confirmed the release date of the rather slow-in-coming Warcraft film. Only a couple of years left to wait now.

"We?re pleased to announce that @Legendary Pictures? WARCRAFT will be released by @UniversalPics on December 18, 2015" came the tweet from the official WoW twitter feed.

The movie had Spider-Man director Sam Raimi attached at one point, but left the project last year claiming that Blizzard had mismanaged the project.

It's all good to go now, however, with Source Code and Moon director Duncan Jones onboard to direct and K-PAX and Blood Diamond writer Charles Leavitt on scripting duties.
Companies: Blizzard
Games: World of Warcraft