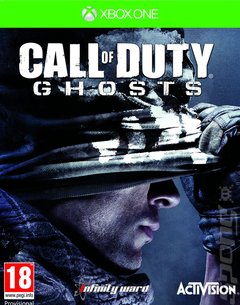 Who loves Call of Duty: Ghosts more? Xbox or PlayStation? Now there's a fight you'll be seeing again and again. But first up tonight you've the chance to see the Xbox 360 having a pop.

You'll need to pop over here for more news on that stream.
Companies: Activision Microsoft
Games: Call of Duty: Ghosts