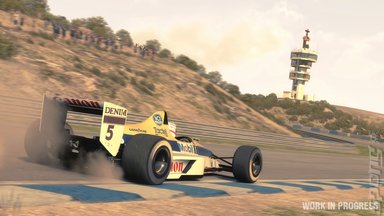 Codemasters has announced the release date for this year's vroomtastic F1 2013 game. It's October 4th. Realising that, well, sites like ours need more than just a release date, Codies have also released a video of the game hotlapping this weekend's real life Hungaroring Hotlap.

We're not sure that 'hotlapping' is actually a term and to be honest, it sounds either quite cute, in a friendly kitten way or quite filthy in a... well, watch the video and remember that October 4th is the day.