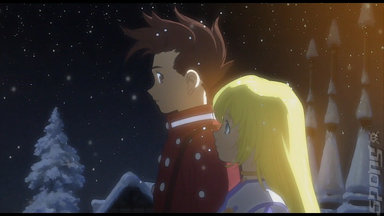 Tales of Symphonia, one of Namco Bandai's most treasured RPGs, is getting a high-definition remake. Rejoice! Ahead of its official launch in Japan, the publisher has released a trailer showing off just how gorgeous the game is looking.

Tales of Symphonia Chronicles HD, as it's officially known, will include remastered versions of the original (which was released on Gamecube in 2004) and Tales of Symphonia: Dawn of the New World (Wii, 2009). It'll be released in Japan on October 10, and will see a Western release in 2014.

Watch the video below already, why don't you?