Lifeless Planet: One Astronaut, An Empty World and This Video 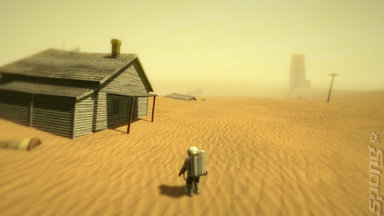 We've got a new trailer for Lifeless Planet to put the willies up you a wee bit.

The game's an SF mystery from lone developer David Board, who has put the whole thing together using Unity Pro. It's getting released digitally and physically by Lace Mamba sometime in the third quarter of this year. It all looks a bit intriguing.

?The game story was inspired by old sci-fi stories I enjoyed as a kid,? said Board. ?During the cold war, science fiction was strongly influenced by events of the day. With Lifeless Planet I?m trying to evoke the contradictory feelings of hope and fear that came with the scientific advances of the space race.?

You can find the official skinny on the plot and whatnot over on our dedicated Lifeless Planet game page.