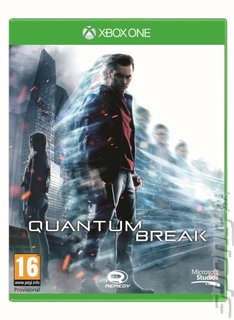 Remedy's TV-game, Quantum Break, has apparently had its cover art published on a Swedish retailer's website. It kind of looks like the box art for a TV series, don't you think?

Apparently, that's what Remedy and Microsoft Studios is going for. Microsoft exec Phil Spencer spoke at the Xbox One reveal last week of merging TV shows with interactive experiences, and cited Quantum Break as an example of this very convergence of mediums.

Although the character placement and environment in the picture does look more 'cheap DVD box series of Alias' than a AAA video game (that's if this is legitimate, final box art), it's nice to see that there's at least the generic 'blue with orange bits' colour scheme that seems to be all the rage with game box art at the moment.

What do you think of it? Let us know in the comments box below.