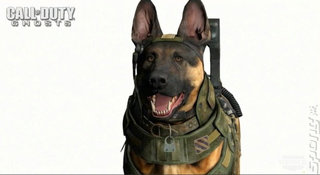 Activision has released a new trailer for Call of Duty: Ghosts, fresh from the game's announcement at Microsoft's Xbox One reveal event last night. It features dogs.

You can read about the trailer itself - and see a transcription of what was said in the voice over - right here. The video offers some clues about the plot of the game itself.

The game's on track for a release on 5 November 2013 - the Xbox One logo is prominently placed at the end, but no doubt this will also see a release on the PlayStation 4 too. Watch the whole thing below.