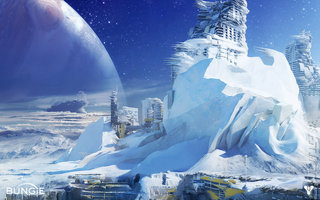 All Images (23) »
Still waiting for in-game footage and screenshots of Bungie's exciting new sci-fi game, Destiny? Yeah, so are we. But in the meantime, the studio has published a load of brand new concept art for you to gawk at. Check them out here.

The artwork dump - found on the studio's subreddit page - follows a healthy weekend update for the game's official website, where it revealed a slew of information on three character classes and unveiled more details on the game's universe.

In the pictures, you can get a bit more of a feel for the kind of characters that will inhabit the game universe, along with armour types and environment designs. Give them a look in the gallery.
Companies: Bungie
Games: Destiny