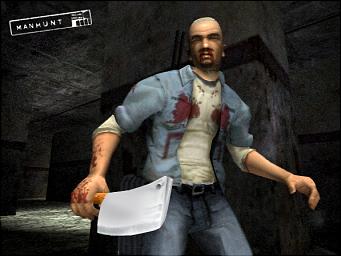 For all of its bloody controversy, Rockstar's PS2 game Manhunt is now seen as something of a cult classic by some. And next week, that pocket of fans will be serviced as the grisly action title gets re-released on the PlayStation Network.

Like the PS2 Grand Theft Auto re-releases, this won't be an HD remaster of any kind. Rather, Rockstar is adding the title to the PS2 Classics back catalogue. The game puts you in the shoes of Death Row inmate James Earl Cash, who gets caught in a psychological game of cat and mouse with a(nother) rather nasty antagonist.

Manhunt will be available as soon as the PlayStation Store updates next Wednesday, and will be available for Ł7.99. Rockstar has teased that it will also be adding fellow PS2 hit The Warriors on the service very soon.
Companies: Rockstar
Games: Manhunt