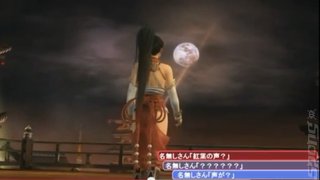 Dead or Alive fans, hold on to your boobs. I mean, er, butts. Wait, er... look, Team Ninja is preparing something new for its recently-released fifth iteration of the scantily-clad brawler. So get excited!

Studio head Yosuke Hayashi revealed that the developer was working on a "new Dead or Alive 5 project" that will be coming soon to Xbox 360 and PlayStation 3. A short trailer was shown, which didn't exactly reveal much of anything.

So it could be new DLC, or it could be an entirely reworked version of DOA5. It could even be a home console version of DOA5+, which saw a release on PS Vita. Whatever it is, we'll keep an eye on its development and let you know as soon as more details are available.

Trailer's below. It's part of a webcast, so be aware that there are loads of shouty Japanese men talking over the top of the video.