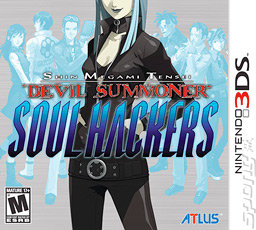 Shin Megami Tensei fans, rejoice! Atlus has announced that the latest entry in the series, Devil Summoner: Souls Hackers, will be seeing a European release this Autumn.

The game has already been released in North America on April 16, and Japan last August. It's an update of the 1997 Japan-only SEGA Saturn original. The game saw a release on PlayStation in 1999, but the 3DS version will be the first time that the RPG has been made available outside Japan.

Watch a trailer of the game below.