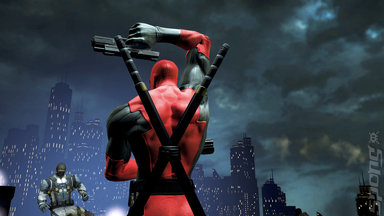 Gamescom 2012
Activision has announced that Deadpool, Marvel's merc with a mouth, will be gracing our consoles in June.

The date offered is Tuesday June 25th, which looks like a US date and makes the 28th a good (though unconfirmed) bet for the UK.

The game is being developed by High Moon Studios, who you might remember from various Transformers games.

Deadpool is one of those second-tier characters from Marvel who periodically gets a surge in popularity before people realise there's not really enough going on under the hood to hold their interest. The premise, which is along the lines of 'Spider-Man with no conscience and two swords' may make for a good game, however...
Companies: Activision High Moon
Games: Deadpool