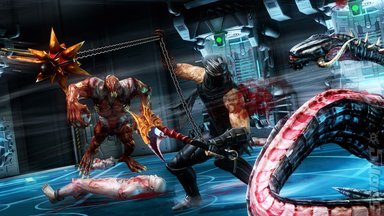 Tecmo Koei has announced that it will be porting Ninja Gaiden 3: Razor's Edge to PlayStation 3 and Xbox 360 this April.

Previously released on Nintendo's Wii U console at launch (and in mid-January in Europe), the hack-n-slasher featured many improvements over the original Ninja Gaiden 3. All of these will be carried over from Wii U to PS3 and Xbox 360 - from the QTE reduction, improved enemy AI, dismemberment and additional playable characters.

The PS3 and Xbox 360 versions will also come with a few extra costumes for Kasumi, Ayane and Momiji that weren't available on the Wii U release. They can be purchased using karma points.