Dead or Alive 5 Plus Coming March 2013 for PS Vita 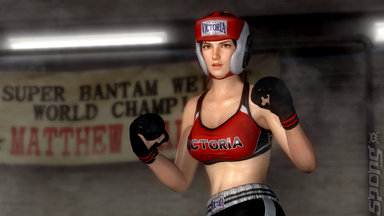 Mila
Are you missing voluptuous beauties and steroid-enhanced dudes kicking the crap out of each other on your PS Vita? Then come March, you'll likely be a very happy chap, as Team Ninja has announced Dead or Alive 5 Plus for the Sony handheld. It'll be arriving in about three month's time.

The announcement was made on IGN Pro League, but not much has been revealed in the way of Vita-specific information. Destructoid later unveiled some training modes and a new display of advanced frame data (which can give technical fighters a much closer look at how their moves execute).

A patch is planned for the core game as well, assumedly following its launch. We wonder if Cross-Play with the PlayStation 3 will be possible?