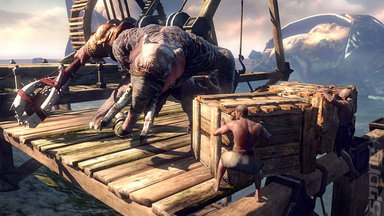 Gamescom 2012
God of War: Ascension contains a multiplayer mode. And, like most multiplayer experiences these days, that means Kratos fans can get stuck into a Beta before the final game is released.

Sony has announced details of the God of War: Ascension multiplayer Beta on the European PlayStation Blog. You need to register to the Beta sign up page before 12:00 on Friday December 7 to be in with a chance of participating. Chosen applicants will get an email with a voucher code which they can then redeem at a PSN Beta website to download the application.