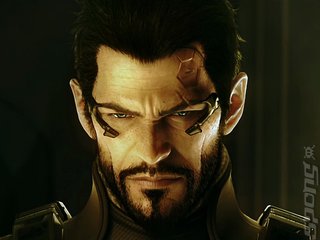 Square Enix is all about the crossovers this month! If you're picking up Hitman: Absolution this week, you might soon be able to rock around all 'Silent Assassin'-y as Adam Jensen from Deus Ex: Human Revolution.

According to a report on Siliconera, there are plans to release a DLC costume for Agent 47 that allows him to wear Jensen's cyberpunk clothing. Previously, the costume (and others like it) were only available to US players as part of a pre-order bonus. But Square Enix doesn't want anyone else to miss out, it seems.

There are two Jensen costumes in particular - the ?High Roller? suit with a Krugermeier 2-2 Pistol or the ?Public Enemy? suit with a Bronson M1928 SMG. No word on when everyone can get to enjoy these add-ons, but we'll let you know as soon as there's official word.

Sleeping Dogs recently saw some DLC packs released that allowed you to dress up as Agent 47, complete with bald head and sharp suit. God only knows what could come next in cross-over land.
Companies: Square Enix
Games: Hitman: Absolution Sleeping Dogs