Devil May Cry Gets Pre-Launch Announcement of Post-Launch DLC 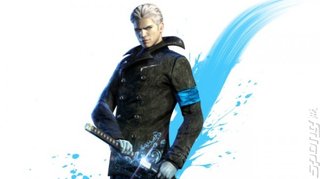 Capcom certainly has a fetish for downloadable content. It's announced that the upcoming Devil may Cry reboot is getting a post-launch expansion, well before the game itself is on store shelves.

The new DLC pack, titled Vergil's Downfall, adds a new chapter to the DmC game that unravels the "untold story of Dante's twin brother, Vergil." New weapons, combos, enemies and locations are promised, along with "hours" of new gameplay and four difficulty levels.

Capcom stressed that this add-on content doesn't feature on the retail disc. So we can't use that joke anymore. Oh well. Watch the trailer below.