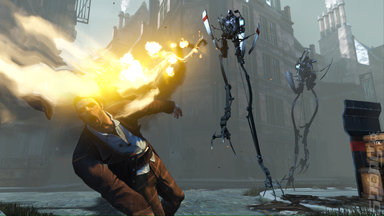 "They are the most coveted prizes in the European games industry and an accolade for outstanding software and hardware: the gamescom awards," says the blurb. Equally, they are awards given to unreleased, unreviewed things voted on largely by the folks who make them. Yes, it's the annual gong giving.

The most hilarious winner this time is probably "Best Console Game - Wii - Rayman Legends". Not only isn't the game out, we don't even have a release date for the platform it's out on (Wii U) which is not even the platform it has won on.

Basically, on the one hand your games media is warned and warned again that if we review unfinished games - games that do not come with the words "Review Copy" on or are not retail packaged - then we're being unfair and probably restraining trade.

When it comes to giving awards for Best Game however, it's fine to assess unfinished titles. So, the winners are: