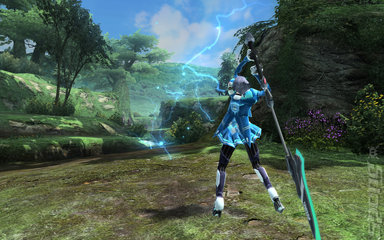 It won't be hitting the West until 2013 (and now there's no way to actually play the Japanese version before then), but that hasn't stopped SEGA from releasing a bunch of teaser trailers for updates to Phantasy Star Online 2 for its Japanese audience.

As previously reported, the MMORPG will be seeing a number of regular updates throughout the summer, including costume parts and tougher enemies. Siliconera also reports that the updates will add new quests that will lead players on a search for parts of a mysterious new weapon.

Watch it below. And weep that you won't get to play it for another year or so.