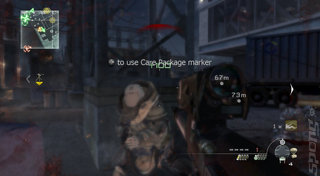 If these wobbly YouTube videos are legit, we could very well be seeing the first gameplay footage of some upcoming Modern Warfare 3 DLC - before Activision has had a chance to tell anyone about it.

A few users on the video streaming service are calling fake, but it's not the first add-on pack that appears to have been leaked well in advance of its release date. Earlier this week, another video showcased Call of Duty Elite's September DLC packs - multiplayer maps Parish, Gulch and Boardwalk. The video has since been taken offline.

This video in particular shows off a couple of Spec Ops missions, titled Light 'Em Up and Special Delivery. It seems these two stages have been prepped to go live as part of CoD Elite's content drop next month.