Need for Speed Movie 2014 from DreamWorks 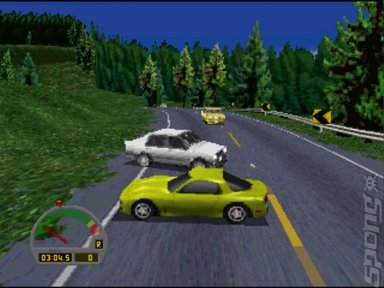 Oh yes, a Need for Speed film to fill the gap left by The Fast and The Furious. EA has sold the rights to DreamWorks which in turn has turned the making of the high octane (bound to be isn't it?) over to Scott Waugh (Act of Valor).

"George and John Gatins developed the original story and George is writing the script; John is producing with Mark Sourian. Need For Speed was the first major project expenditure DreamWorks made once the company came out of suspended animation while waiting for Reliance to invest cash in a re-up."

We did not know that Dreamworks had been in suspended animation... oh, Disney owns it, k.
Games: Need For Speed 3: Hot Pursuit