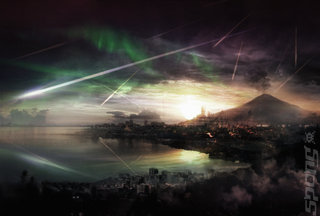 THQ in its ongoing attempts to make itself financially viable is returning all rights to Devil's Third to Tomonobu Itagaki.

The beat-'em-up, which was being developed by Tomonobu Itagaki's Valhalla Studio and was due for release in 2013. For its part, THQ has commented:

"THQ confirms that the company will not be publishing Devil's Third," the publisher told Eurogamer. "All of the game's IP rights have been returned to Itagaki-san and the Valhalla team."

And for his part, Itagaki says:

"Devil's Third development is in its final stage now, and is most expensive in this term. In the West, we need to spend a great deal for advertisements - as much as development cost - to sell a lot. But it wasn't fit for [THQ's] mid-term plan.

"They didn't want to part with this IP, but we all have to see into the future and at last they did, for us.

"We were anguished and they were really kind to us. Mr. Danny Bilson was searching for a way to work together until the very end. I do appreciate him and THQ managers that signed the transfer contract."