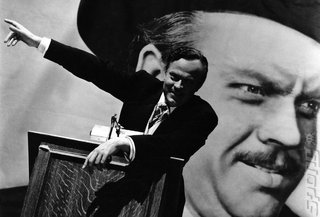 OK, sure, the dear old Boston Globe is having such as torrid time that even its parent company The New York Times can't sell the damned thing, but the following piece of reporting on 'video game addiction' surely can't help the cause.

The report begins in the standard cliché mode with the subject of the piece, 'recovered gaming addict, Matthew Spadaro stating, ?I felt like a drug addict coming off his high." From this we can only assume that he'd either been a drug addict... or he is guessing.

This question doesn't stop the paper from really ploughing full-tilt into the cliché pit:

"It wasn?t drugs that he was coming off of, but video games. For 10 years, Spadaro immersed himself in a world where he lived in castles, conquered his enemies, and said he felt like a god. But stripped from that virtual world he was a broke 25-year-old, 30 pounds overweight, with no friends, little work experience, and nowhere to sleep but a room with 100 other men."

But that's not the clincher. In terms of scaremongering making full use of the non-sequitur we are sad to announce the first nomination for 2012's 'Appalling Video Game Reporting from the Mainstream Media Award":

"Spadaro?s story of video game addiction is not uncommon. Many children of the 1980s and 1990s who grew up playing video games are still playing today. The average age of a gamer is now 37 and rises with each year, according to a study by the Entertainment Software Association, the Washington-based trade association for the US video game industry."

But we will finish with this:

"John Hopson, a former game researcher for Microsoft and current lead design researcher at Bungie, the company that created Halo 3, specializes in using behavioral psychology to design games with reward schedules to make sure players want to play forever, but doesn?t understand why people are so uncomfortable with that.

?Furniture companies design chairs that fit a person?s body, and you don?t see anyone getting upset with that,?? he said over the phone. ?What?s the difference of a video game company designing a game to form to a person?s mind???

We're trying to get hold of John to understand the context of that quote.

DoctorDee 26 Jan 2012 10:17
1/1
Why do you NEED to understand the context of that quote? Even on its own it is perfectly logical, and perfectly reasonable. Manufacturers in all markets design their products to meet or exceed customer requirements in all areas but longevity. Why would video games be any different. Except of course, in longevity. If a person keeps sitting in a chair, and the chair remains comfortable and it remains robust, there is no additional income for the chair manufacturer. With video games that use downloadable content to micro-payments, there is an ongoing revenue scheme for the manufacturer. Non of which was my point - the point is, people design products for their markets - how doe stat need contextualising?
Posting of new comments is now locked for this page.