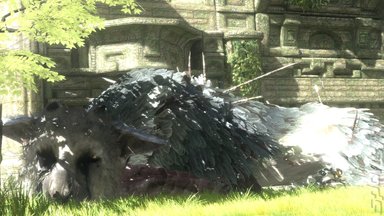 Lie down, Guardian!
While we're preparing the release of the HD versions of Ico and Shadow of the Colossus, we mustn't forget that the third game from Team Ico is on its way.

The Last Guardian is due for release next year but a sneak peek has surfaced that shows a little more in-game action.

Members of the development team also talk about the Guardian itself which looks like a giant feathery dog and as such is the best animal ever. The technological leap from the original PS2 games to this new release is massive and the game looks beautiful. SPOnG is quietly confident that the game itself will be another classic.