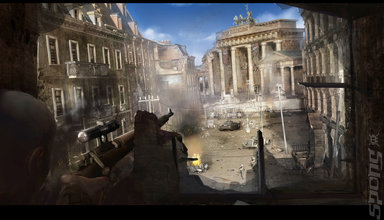 The company has announced that, while 505 Games is releasing the console versions, the developer will self-fund and publish the PC version via Steam.

In addition to giving the game a digital release through Valve's online platform, Rebellion says that it is seeking distribution partners to bring the game to retail.

Rebellion CEO Jason Kingsley noted that the version in question, "will be built specifically for PC to take advantage of the more flexible and powerful hardware, with strong support directly from Rebellion.?

As the name gives away in a manner you can't really miss - Sniper Elite is a shooter with an emphasis on sniping. Yes, really.
Companies: Rebellion
Games: Sniper Elite V2