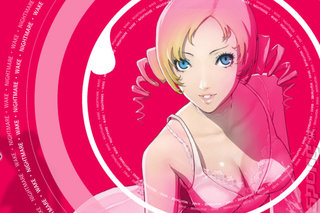 The official website for Atlus title Catherine has been updated with details regarding two in-game features named Rapunzel and Jukebox.

These will be accessible from the in-game Stray Sheep bar, a part of Cartherine's in-game adventure component. Rapunzel is a retro-style game, similar to the action stages in the main game. Players asend a tower to reach the princess at the top, pushing and pulling blocks around to form steps for progress and avoiding bats along the way. Up to 50 stages are on offer for play in this mini-game within the game.

Catherine will also include a jukebox in the game's bar, allowing players to change the music they listen to. In addition to the game's music, tracks from titles such as Persona 3, Persona 4, Persona Portable, Shin Megamitensei: Nocturne and Digital Devil Saga: Avatar Tuner are all available to hear if the game's screens are any sign of what is to be included.

Be sure to check out videos of the two in-game features below and let SPOnG know what you think by posting in the Comments section below.