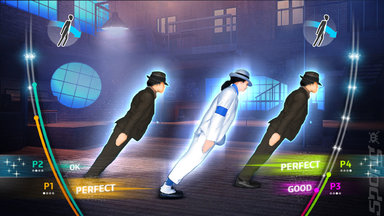 Ubisoft has confirmed when we will be able to moonwalk in time to the King of Pop in high definition - Michael Jackson: The Experience is set for a 14th April launch on PlayStation 3 and Xbox 360 in Europe.

The dance game will incorporate the Microsoft Kinect and PlayStation Move devices, in a move clearly inspired by spiritual Wii cousin Just Dance. The Xbox 360 version will put the image of the player into the game so you can basically dance 'with' the superstar. PlayStation 3 users will get exclusive Facebook connectivity.

No doubt we'll be able to put the game through its paces soon, so we can tell you whether it's Bad, or just plain bad.
Companies: Ubisoft
Games: Michael Jackson: The Experience