Sony Distances itself from FIFA 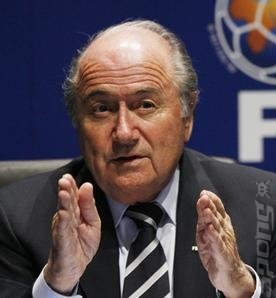 Sepp Blatter: I'm that sure the FIFA board is 100% straight.
Sony has got the collywobbles regarding its relationship with FIFA - the world soccer governing body and alleged haven of bribe-taking World Cup bid officials.

Sony Corporate?s European head of soccer sponsorships Toby Shaw, speaking at the International Football Arena conference in Zurich this week explained, ongoing investigation into bribes being offered and apparently taken regarding the 2018 and 2022 World Cup finals "isn?t great" and that, "We don?t say we?re a partner of FIFA. We say we?re a partner of the World Cup."

Let's see what EA has to make of it all... we'd imagine not very much at all.