Yuji Naka's Ivy the Kiwi Dated for the UK 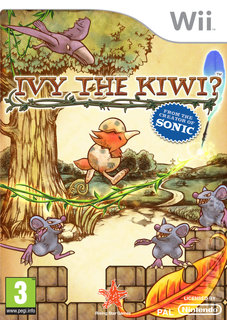 Rising Star Games has gone and announced the release date of Yuji Naka's latest creation, Ivy the Kiwi?. The Nintendo Wii and DS puzzler will hit UK store shelves in a week's time - on the 29th October.

It marks the first project from Naka-san that won't be published by Sega. Previously, his studio Prope has worked on Wii party game Let's Tap, as well as a range of WiiWare and iPhone titles.

Check out everything about Ivy the Kiwi? here. Who's excited? We sure are.
Companies: Prope Tokyo Rising Star
Games: Ivy the Kiwi?